ThieAudio, over a quick period seems to have built a solid fanbase. Usually, their works are tuned based on popular IEM entries or fanbase opinion and creating a solution for people running on a budget. Say what you want but giving the rapid growth of the company in just one year, I think so far it has worked quite well.
While I haven't heard some of their top product, I have once reviewed the ThieAudio Legacy 3 (and listened to the ThieAudio Voyager 3) and was quite unimpressed by them.

The ThieAudio Monarch is one of ThieAudio's latest entries along with the Clairvoyance (I know L5 exists now but give me a break). This time, the IEM's backstory itself is a bit interesting as it is a collaborative effort of ThieAudio with a member of the community. Hence, this piques my interest to the point of buying the IEM as well. Let's see how it performs.

The ThieAudio Monarch was purchased from Linsoul for this review.

The storage case of the ThieAudio Monarch is a fake brown leather case which is quite sturdy, although looks wide, but it is just enough to fit both the IEM and the cable into. Nonetheless, it is quite usable portability wise so I have no complaint.
The cable though, is where some people might have issues with. It's a sturdy cable with thick braiding and have metal enclosure on the Y-split, 2-pin connectors, L-shaped jack and even the chin slider. However, it is slightly heavy. The cable rubbed my ear quite often and causing some discomfort but it is not a big issue personally.

And here comes the big boi: In literal means the Monarch is quite big, combining with a sealed fit it has stretched my small ears a little bit. There is also one more issue with the Monarch builds is its short nozzle, as some ear tips have prone to stuck into my ears quite often. Either that or it would just fall out and never to be found.
Anyway, design wise the IEM has a pseudo-custom black shell with seashell-styled backplate (?), on top of the shell, there are 2 vent-hole with red/blue outer rings as side indicators. The backplate can be customized with an extra 60$ on Linsoul purchase page which is a bit expensive in my opinion but is still quite nice to have.

I have been spending weeks, pulling my mediocre writing skill trying to start off this section without success so screw it, let's get thing straight here: The ThieAudio Monarch is good, in some case, excellent for me even!

Overall, the ThieAudio Monarch sound signature can be described as Neutral with bass boost. To be more specific, I would even regard the Monarch's sound presentation as Neutral with sub-bass focus due to how the bass region was tuned.

Speaking of sub-bass, it's excellent and it is one of the reasons why I would recommend this IEM for sub-bass lovers due to how satisfying it is. That being said, while the 150Hz boost keeps the bassline clean from bleeding into the mid-range, I sometimes find myself wanting a bit more punch for some of my electronic tracks.

And while I am at it, another interesting trait that I found from the Monarch is the linear response from 150Hz to 1kHz. This, combining with the cleanly boosted bass makes it a double-edged sword due to how the Monarch's sound is presented.
No doubt, Japanese female vocals are forward, treble extended quite well. But while this pattern gave the Monarch some clarity, the Monarch would end up being "dry" for some ears. That being said, comparing to something like the Etymotic ER4S which I found a bit overwhelming at times, the Monarch keeps this trait while still being deadly enjoyable for me. But again, the lack of warmth can be a detrimental factor for some people though: quite notable on instruments like Classical Guitar; heck, while this is not a big issue but even with Japanese vocals I found myself yearning for some more lower-mid boost sometimes.

The Monarch's imaging is quite competent as layers of instruments are presented quite well without congestion. Soundstage is above average for me though cannot compete with some of my favorite pieces of gears - maybe more depth and/or height might work? I would also want more mid-bass texture though but this is a small problem for me compared to what the Monarch has accomplished however.

It seems like being neutral, clean, and technical is what the Monarch is trying to accomplish here, I wonder how the other brother is?

Comparing to the Moondrop S8. I personally feel like this is a win for the ThieAudio Monarch mostly due to the upper hand it have in terms of has response and treble extension.

The S8's bass isn't bad by itself, but it is ultimately... still a BA bass. Not only that, Monarch nails the treble responses where Moondrop S8 just feels lacking in comparison.

That being said, the Moondrop S8 has some points for some people over the Monarch though, one of them is the tonality which is noticeably warmer than the Monarch. Vocals sound more forward on the S8 but might get a bit shouty for people who don't like Harman response.

Staging and Imaging wise, both of these IEMs are quite competent, however, the S8 fall slightly short in terms of instrumental positioning which is a bit smeared together. Details retrieval of both IEMs are quite comparable at this point but do note that the Monarch prioritize clarity which can be an important factor for someone making a purchase decision.

As Crinacle pointed out, the impedance curve of the Monarch is a downslope curve, and since some people in the Vietnamese community has been asking me for some info/impression on this to the point providing me some free resistors... Sure...

Anyway, aside from the people who would want to boost the Monarch sub-bass to the fourth dimension, my personal reason if I would ever go for this method is that I would want more lower midrange boost - which would fix my only problem with this IEM.
And the result? I got what I want... by sacrificing 2 of the strong points of this IEM:

Yeah no, this is a horrible idea. I decided to whip REW up and try to put a small equalization filter with my iBasso DX160 instead.

Despite the mid-bass bluntness showing off a bit, I found it is an ok compromise to make. This equalization has been my go to daily choice for a while so despite all of the pitchforks of some obsessive purists, I gonna keep this.

Edit: Some people mentioned the fact that my EQ accidentally looked Clair-like which I didn't aware so I might have discovered a way to turn a Monarch into a Clair here... I might want to listen to the Clair for confirmation...

Given my impression up there, my rating for the Monarch is already quite obvious. While it's definitely not on the top of my list, I personally can see it comes pretty close. For someone who are looking for a neutral, technical sound presentation but with some extra "spices" to prevent it from overly boring, Monarch would highly fit the bill.

Bravo ThieAudio for their successful community collab! Now, I hope that they would actually make some improvement for their lower-tier products.

As usual, whether you want some leaks or just occasional banters. My Discord server is always open 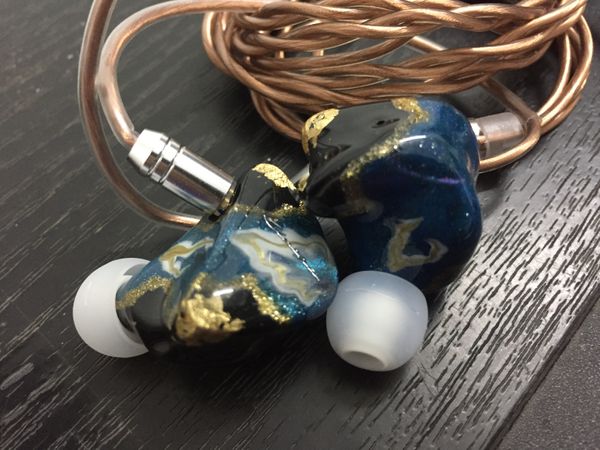 For some reason, IEMs released with names associated to the Norse mythology has been stringing up mids-2020. Kinera is one of the brands who follows this naming convention. After my 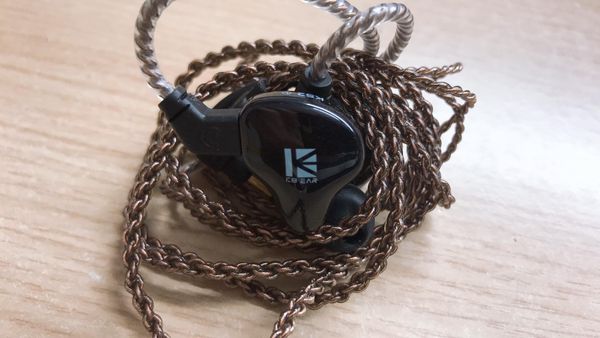