"Etymotic solved IEMs since the 90s"

That was one of the jokes from my friend in the audio circle when he was talking about Etymotic. That being said, I can see that some people still have a lot of respect for the brand as a whole, and for good reasons.

People knowing Etymotic would know about how they approached sound. With the ER4, they are still relevant in the audio game despite the brand's age itself is literary more than double of my time existed in this world.
Personally, I own an Etymotic ER4S and while I can put my respect into this IEM, it's not really my favorite due to a lot of reasons.

With the ER2 series, Etymotic decided to go back to hit the budget audience, featuring a single Dynamic design rather than a single Balanced Armature comparing to their brother. Of course, this isn't the first time I have heard the ER2XR either. This post serves as a more detailed review of the IEM for anyone who wants it. Let's see how it goes

Coming from Etymotic themselves, the accessories given to you is quite standard.

My favorite aspect of the ER2XR's packaging is the soft pouch. It is smooth but has a good grip when holding. The design is simple, yet convenient to bring along with. Heck, I started to use the ER2XR's pouch for other stuff than storing the IEM itself just because of this. The cable on the other hand... isn't one of the best. It has an L-shaped jack on the 3.5mm termination, the splitter is encapsulated with a cylinder with the company name "Etymotic" printed on. Comparing to the Etymotic ER4S, I can see some improvement, like the cable is smoother and softer. Still, some microphonic feeling lingers when I use this IEM but it is not something that I would complain about much though. For most of my daily case, it is serviceable

Of course, when speaking about design with Etymotic's IEM one cannot forget its iconic design - a cylinder-shaped IEM with a long nozzle. In addition to that, their IEM always goes along with triple flange tips, providing really good isolation in exchange for comfort. This has been one of the reason why a lot of my fellow countrymen decide to stay away from the brand due to the concern of the tip reaching too close to the eardrum. But fear not, the ER2XR was bundled with double flange tips, which makes it more comfortable to wear and makes the "fear" less of a concern.
Other than that, I can say the ER2XR built is quite durable. On the IEM, the model name "ER2XR - Extended response" is printed in white text blue background. It is quite light, other than the deep fit, I don't feel any problem in terms of weight when wearing these earphones in my ears.

The Etymotic ER2XR follows Etymotic's "traditional" target curve as a baseline which is their own interpretation of Diffuse Field. Though, with the bass/lower-midrange boost I would consider the earphone's signature as: "Warm Diffuse Field". The introduction of the ER2 series being single dynamic IEMs does wonder in terms of timbre comparing to their pricier predecessor in exchange for raw detail retrieval ability. Still, the ER2's soundstage is as narrow as ever like a lot of earphones in the Etymotic lineup but admittedly has better depth which makes it more pleasant to my ears.

Tonality wise, I don't think I have much issues getting used to the ER2XR and I find myself have to be nitpicky if I want to point out the flaw it has due to the price it is given.

The ER2XR's bass to put it simply, was quite controlled. The boost well done: tight and providing minimal potential of bloat. It was able to dig well into the sub-bass region, providing satisfying rumbles when the song calls for it. That being said, it struggles when it comes to texturing. But neglectable considering a lot of the juicy stuff are in the sub-bass.

And since the ER2XR follows Etymotic target curve in the midrange, there isn't much to complain about either. But let's not pretend like Etymotic's house sound is the be all end all here. For some people complaining about Etymotic target being slightly shouty (for me it is honky though), the ER2 will still have this issue. Nonetheless, I think the ER2 managed the midrange better than a lot of earphones that I have heard at similar price, maybe even surpassing some of the more expensive ones.

It only comes to the last octave that the ER2 begins to show its flaw. The plus? The ER2XR treble can be seen as smooth, non-offensive. Throughout my listening session, I don't find any sibilant issue with the IEM even when on some of the track like "IdenTism" from Feryquitous where I know the vocal is badly handled, leaving a lot of harshness in the recording. But the trade-off that the ER2 will sounds unenergetic for some people, treble extension becomes an issue too. Cymbals and Hi-hats lack some presence on the stage, hit quite soft but somehow still lingers a bit of decay, preventing the instrument's sound from entirely dead.

Note: I know it is a bit late but I forgot to include this part. Should have remembered that I have written this down on the note somewhere

Ah yes, for a long time I have been recommending the Moondrop Starfield, mostly due to how safe it sounds. Well, Etymotic seem to have covered this part due to their target curve going though a lot of researches. Now, while tuning can be mostly subjective, I think the ER2XR managed to display better in terms of details retrieval here while Starfield fairs better (by a little bit) in terms of soundstage and imaging. Treble performance on the ER2XR is noticeably better too, where the earphone managed to display more airiness comparing to its competitor.

Not to say that the Starfield being the seemingly worse option makes me put it out of my recommendation list here. In the 100$ - 200$ range, the Starfield still worth your consideration if you have the chance to try it. It's just that ER2XR to me seem to put the bar a bit higher than normal in this range that one might consider it a bit "abnormal" to be frank.

Truth to be told, I have been using the T4 for a while and have put it into one of my benchmark on how an 100$ earphone should sound. Due to that reason, the difference in sound quality is clearer here. Disregarding the fit, soundstage/imaging, the ER2XR trumps the T4 in a lot of way.

Not only achieving better tonal balance comparing to T4, the ER2XR also have an upper hand in terms of bass reproduction and detailing. Mind you, the T4 is a really good earphone when it comes to the latter part, this just to show where the ER2XR is on the spectrum.

What I see from the ER2 series is that Etymotic is providing their famous house sound for a cheaper price. But, after listening to the ER2XR (and by extension, ER4XR/SE from e-earphone), the ER2XR does have some of the qualities that make it more preferable than the older siblings. And comparing with the market?
The MSRP price of the ER2XR itself goes a bit more than 150$, which is where I consider the competition is still direct towards the budget users though the mid-fi zone has started to creep in. But, the earphone itself can go under 100$ depending on sales and where you buy it, which makes it a deadly set if you were able to find one.

For pure sound qualities regarding price alone, I feel like saying the ER2XR being a "solid" IEM is still somewhat of an understatement. One going on purchase should absolutely consider the ER2XR if he feels ok with the fit.

It has been a while since I write a review about an earphone this positive so it's quite a fresh air for a reviewer myself. And for the ER2XR, this will be one of my personal units for a while, serving along with my IER-Z1R.
Other than that, I will pray for the day some audio stores in Vietnam actually sell the ER2, because I feel like the Vietnamese are missing out a lot with this.

A detailed look into the BLON BL-01 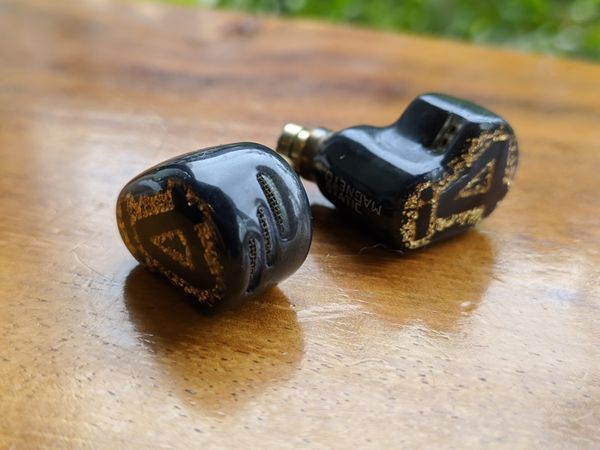 Ah Soranik, among the manufacturer in my homecountry I think they are one of the most recognizable with the global audience along side with Itsfit. They seem to experience with