Before I even realized, over one year has passed since the introduction of the BLON BL-03 to the budget market. It's sound quality to price performance along with the memes that it has created lasts till this day. After the BL-03, BLON has been trying to make significant impact to the chifi community with some of their later products like the BL-05, BL-05S. But, despite those release has some decent fanbase going after, none of them managed to get the traction that the BL-03 ever has.

After some effort towards the higher number model, BLON has stepped back into the budget range again and bring out the BLON BL-01 which is even cheaper than the BL-03.
Now, I don't expect that it would have the hype like its brother, still, with the BL-03 having the spell of a safe recommendation, the question to me now is: Would the BL-01 managed to inherit this magic like its predecessors?

The BLON BL-01 was provided by Linsoul in exchange for my honest review.

I don't want to repeat myself so let just get it straight. The BLON BL-01 packaging is identical to the BLON BL-03. Still that pouch that I like and the cable that everyone hates. What's matter now is the build of the BL-01 which does have some improvement comparing to its predecessor.

A lot of people reading this article would have already known about the BL-03 hype which is the IEM that put BLON on the map. Along with the hype is also its controversial shape which makes it more like an IEM taking in earbud shape (and to make it worse, the memory hook on the cable is an abomination comparing to those that I have experienced). Of course, more than a year has gone by and some improvement has been made in later models and fewer people start to complain about the fit.

With the BL-01, it takes on the shape of a banana moon crescent. On the backside, the is the model name and the company name printed on. Comfort wise, the BL-01 might be on the better side of the scale for me though the fit might be weird for some people. While your mileage might vary, I even found it more comfortable to wear than the BL-03 and I can see myself wearing this in long sessions - even taking the BL-01 as my sleeping IEM (though I recommend against wearing anything into your ears for sleeping). Lastly, isolation is average, though this is expected.

The BLON BL-01 signature leans towards a V-shaped signature, with the warm attached to, I would call it "Warm V-Shaped". Its pleasing presentation would be one of the reasons why people would like this IEM, but other than that, it is hard to find anything impressive about it.

The biggest struggle that the BL-01 has is in its detailing capabilities, though, this doesn't come as a surprise due to how the earphone is priced. Notes sound blunted and lacking texture: there is some hint of them smearing to each other. Combining this with the lower-midrange boost, the BL-01 isn't something that I would recommend for someone who longed for a clean, technical IEM.

Secondly, the BL-01's bass is middling. It does produce rumbles and some impact when the song calls for it. But then, during my listening session, there is some sense of boominess, transients are sloppy and I find myself yearning for some tightness quite often. Treble has some quirks as well. Cymbal hits do have some sharp sense, but after the stick impact, a lot of its energy quickly disperse, though not as bad and tasteless comparing to IEM like the DUNU DM480 as the decay does retain some shimmering.

To add on, the imaging and soundstage of the BL-01 are average at best. It's not the worst when it comes to genres like Orchestral or Instrumental, but considering the price range that the BL-01 is in, it can easily be overshadowed in this department. Admittedly, the "better options" than the BL-01 are pricier as well. But then, it is just ~20$ difference to pay for IEMs like Moondrop SSR, BLON BL-05, HZSOUND Heart Mirror..., hence, I can see one asking whether they should bother for a cheaper option if these are still easily afforded?

Unless, the reason being that the exchange rate does screw you up bad. But I digress.

Maybe it is just me, since considering a lot of "improvement" in this hobby tends to go with triple digits pricing or more, plus, these IEM are "budget", it's hard to say that the BL-01 being a cheaper IEM makes it a better choice here.

With all of those issues going on, what is there for the BLON BL-01?

As I said, I consider the BL-01 signatures as "pleasing". It does share this similarity with its brother which is the BLON BL-03 in this department: inoffensive tuning to the point one can call it "safe" for recommendation.

What separates the BLON BL-01 from its brother though, is that its signature caters more to the mainstream audiences. The BL-01 is warmer, more forward in the upper midrange. The vocal does show some oddities for my ears: borderline into the shouty range. It's a thin line to walk for sure but doesn't take long for me to get used to.
Other than that, I see the BL-01 and the BL-03 are into the same region considering that other than their sound presentations, their technical performance isn't too far off.

Putting the BL-01 with similar pricing IEMs (this means I am ignoring everything 35$ or more), then the BL-01 does have some of its advantage being a single DD IEM. Because a lot of cheap IEM from brands like KZ often struggles in terms of coherency, not to mention their tuning is usually an afterthought, I personally find it quite nice that the BL-01 tuning doesn't break the bank (despite how average it is) and its coherency can be one of the factors that make it stand out in the market.

Saying this does sound like I am trying hard to cover up the BL-01 problem. But yeah no :/. These price range would fair quite well in the Vietnamese market and since I don't have a lot of IEM at this range that I can confidently recommend to my fellow countryman, the BL-01 (and the BL-03) eases this up by a lot.

I have been spending some times thinking how I should recommend this IEM due to the price it has.

Priced at ~20$, the BL-01 set itself into an odd position considering nowadays a lot of recent budget IEM tends to priced at 50$, some of them are even notable contender that people considering them to be "punching above its price". And with the BL-01, the least I can say is that it is reasonably priced and I can attach the Recommended tag into it. But then, knowing that one can spend a little bit more money and get an arguably better IEM, I find it hard to do so.

For now, the BL-01 fall into the middling range of my recommendation ratings. It's a decent release from BLON, but easily overshadowed by more expensive counterpart. Not to mention the BL-03 is still a thing and still loved my many.

Like usual, if you guys want some more insight or just occasional banters, my Discord is open 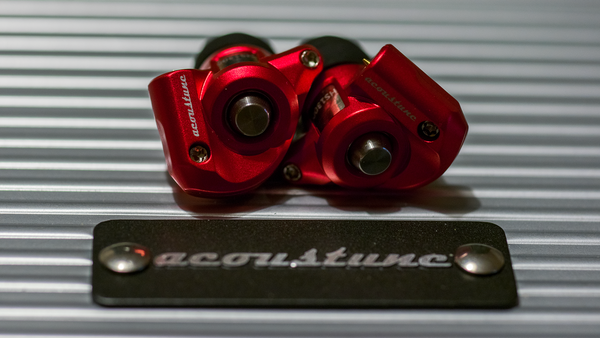 Review of the Acoustune HS1300 SS from Acoustune. 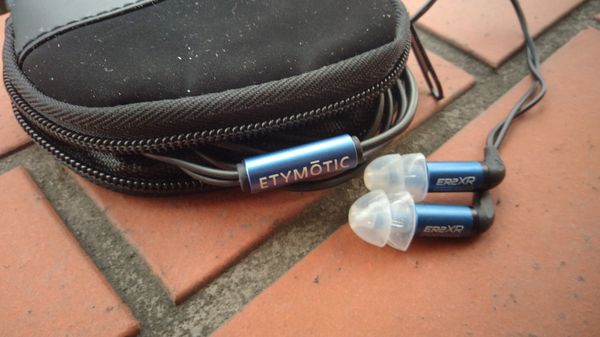 Review of the Etymotic ER2XR, one of Etymotics latest entries in the budget price range