Despite being quite popular in Japan, Acoustune doesn't have that much reputation in the Vietnamese community. That doesn't come as a surprise though, since I understand that there are more risk for local storefront introducing this brand into the market, hence demoing sources are sacred.

Of course, now that I am in Japan, accessibility has gone up by a lot so a brand like this doesn't sound that alien to me. Beginning of this year they have released the Acoustune HS1300SS and as someone who has been interested in the brand (and also requests from my reader), I decided to shill out my money to try out this IEM.

Time to see if the money burned is worth it or not.

Also, join my Discord server if you have any question (or request) after reading this review:

The Acoustune HS1300SS was a self-purchased unit.

One thing I can't guarantee with the HS1300SS packaging is the briefcase since when I bought this at e-earphone, the staff included it with the IEM box. And, I am not sure if this would apply to other stores outside of Japan or not.

Regardless, I find myself satisfied with the HS1300 accessories. The soft-case is ok: it's nice to hold but I feel like the lid is too flexible, if it is a little bit harder then it would be nicer to use. The cable has some rubbery texture which isn't something that I prefer. Though, I really like Acoustune proprietary connection here, it's easy to apply the cable to the IEM as well as taking it out, the connections are tight which leave me with no problem in using it. That said, this would hinder a lot in terms of finding replacement cables since it is not following the usual standard like MMCX or 2-pin which is plenty in the market nowadays.

That said, the Acoustune HS1300SS features a unique design with a stainless steel frame and cylinder chamber inside. It's a weird design where weird edges are sticking, posing concern in terms of comfort. Since my ear canal is short and my pinna is flat, I don't have trouble fitting it. But, when I asked my friend (who has bigger ears) to try it, he said one of the edges of the HS1300 touched his ear, causing discomfort after 30 - 45 minutes of wearing.
Others who happen to buy the IEM around the time I got it reported that they are fine with the fit (with one claiming it is one of the most comfortable IEM they have tried). So it boils down to how sensitive your ears are and the shape of them.

Caveat emptor if you are planning to buy the HS1300SS, I highly recommend you to make sure that you are comfortable with the fit before buying.

The Acoustune HS1300 SS has a "Warm V-Shaped" signature which is evident by the bass/midrange boost and the upper-mid + treble focus.

While the IEM might not be the most balanced thing in the world, I have to admit that it is one of the cases where I consider the coloration that is going on within this IEM helps a lot on its sound presentation: it's warm, one can even call it pleasant, yet has a lot of energy when the song calls for it.

Scanning through the frequency response and you can see some possible explanations:

These push a lot of instruments forward, maybe too into your face for some people who prefer a relaxed listening. That said, instruments like electronic guitars greatly benefit from this type of tuning - lots of energy and bite, which makes the HS1300 an ideal partner for Rock, Metal...
On top of it, the HS1300 also has decent upper-treble boost which results in an airy presentation in a lot of track that I throw it into. This would be what I considered as a pro in this IEM if not for one thing: The 13kHz peak.

Yes, I know that I always said that graphs over 10kHz are not to be trusted hence I have to use sine sweep to confirm this on my own. This results in a sound presentation that is slightly zingy when it comes to instruments like cymbals and acoustic guitars... Some vocal recordings do show this too, for example, Mameko's vocal in Mamyukka - 深海図鑑 or Aitsuki Nakuru's in AcuticNotes - Sherras...

That said, I am not someone who particularly too sensitive about it unless it is something like the Tin Hifi P1 (and P2), not to mention you would only pick this up in some "badly mastered" recordings anyway. What irks me more in terms of vocals presentation is that it can often come out as slightly shouty and nasally to my ears. Hence, it won't be my utmost pick when it comes to J-Pop (or K-Pop) when it comes to recommendation unless you can forgo this issue.

While it won't be the top performer in the price bracket that it belongs to. The HS1300 is still quite competitive. Most notable to me is the lower midrange, where the IEM managed to provide good transient and detailing. The bass is decent too, a bit bloat to my ear but overall providing good slam and texture.

That aside, what tanks this IEM down is in its average imaging and soundstage. Instrument layering on the HS1300 lacks some depth, the soundstage is still contained rather than having an "over the ear" sensation. Not only that, there are also some sense of the notes smearing into each other which hinders its resolution by a bit.
Though, it's definitely better than a lot of IEM I have listened in this regard. And not really a surprise regarding imaging/soundstage since not a lot of IEMs can achieve this anyway.

People might feel this comparison unfair considering Moondrop Blessing 2's reputation in its sound performance but I reckon a lot of my readers will have this IEM (or at least heard about it a lot) so it's a good reference point.

That said, no sugar coating here, the Blessing 2 trumps the HS1300 in any way imaginable in terms of technical performances. Wider soundstage and better in terms of instrumental position accuracy. Detail retrievals is even out of the question.

Were if there is anything that giving the HS1300SS the edge over. It would be its colored presentation that can be appealing to some people. Not only that, it has better bass performance - more quantity and better texturing. HS1300SS also has thicker notes, which can be one of the factors that you would consider over the Blessing 2.

With the Moondrop Blessing 2 as the benchmark for my recommendation in this price range, the DUNU DK-3001 Pro usually served as one of my alternate recommendations were if one doesn't like Blessing 2's tonal performance.
Hence, I put these on comparison because I feel HS1300 deserves the same spot as the DK-3001 Pro.

Comparison wise, DK-3001 Pro flash out trumps HS1300 on bass transient, a little bit better in terms of detail retrievals and on top of it all, is a more balanced tuning. Yet, the HS1300 is more colored, airier and has more bass quantity - it is more engaging to listen to.

And then when I think about the similarities: The sharp lower-treble, average imaging... Then the HS1300 sounds like the opposite side of the same coin with the DK-3001 Pro - it fills in what the DK-3001 doesn't have with some small sacrifice in resolutions.

Of course, in terms of pricing, one could say that the HS1300 will be better for your wallet and I would not argue. Though, if I were to have a ranking page like a lot of people have nowadays, I would put the HS1300 at the same spot as the DK-3001 for these reasons.

Or maybe I do have a ranking :thinking:

This comparison serves as an upgrade recommendation rather than just the usual "comparing which is better in the same price bracket".

Anyway, it's not hard to understand the reason why if you are familiar with graphs. While both have similar tuning style, the HS1300SS is more balanced than the DM-480 by having less aggressive mid and less bass quantity - resulting in less bloat.
That said, what is on the graph isn't always reflected when it comes to subjective impression, so, what about it? Resolution wise, the HS1300's note decay is more natural, better detail retrieval, airier, soundstage is more open than the DM-480...

Overall, just better sound quality which is not a surprise considering the price difference. But still, the reason why I dubbed this as "upgrade recommendation" comes from the tuning style of both which are similar to each other: throwing any instruments that I am familiar with from the DM-480 to the HS1300, then I will find the latter presenting it similarly, albeit with some improvements.

All in all, the Acoustune HS1300SS is not something that one would find it amazing in this price bracket like the Moondrop Blessing 2, nor it is a "jack of all trade, master of none" due to its colored signature. But, it has decent technical technicalities to back it up and a tuning that not just doesn't break the bank, but also has some of its own twists without going too far. Hence, I will give the IEM my green pass here.

Of course, there is the fit issue which I had discussed above. But for now, that can be passed. 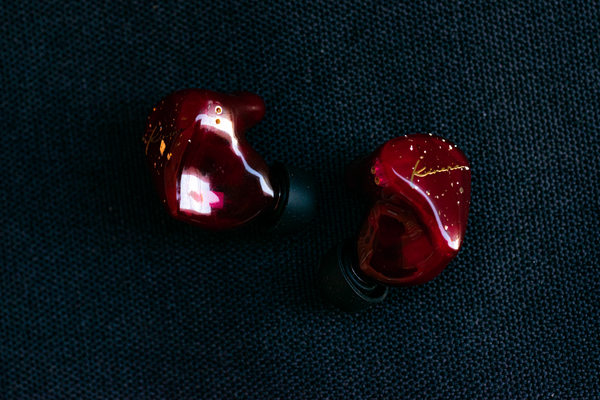 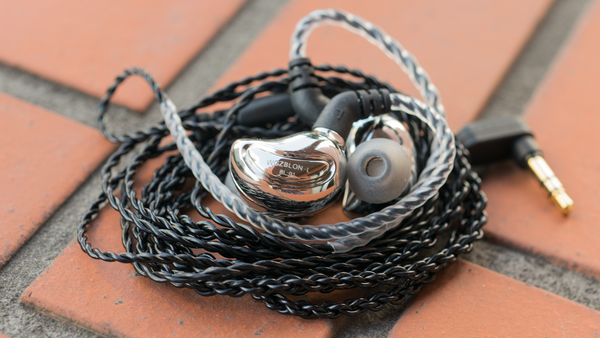 A detailed look into the BLON BL-01