Truth be told, I haven't paid much attention to the Blessing 2 back in the day. The only memory I remember is that I started to look for it after having my Starfield near the end of Chinese New Year. Luckily, Vietnamese started to import Moondrop IEMs around this time so the search wasn't as horrible as the KXXS.

Quite a short introduction despite my enthusiasm for the brand. Let's get into it

This Moondrop Blessing 2 was a loan unit from a member in the Vietnamese Audio community. Thanks for the instant buy in just 24 hours after telling me about your plan :p

I don't usually put the IEM build on top of this section but for special reasons I am doing it this time. The Blessing 2 features a 3D printed pseudo-custom shell with metal backplate. On the backplate, only the right side has the word "Blessing 2" printed on and the other side is left blank for Moondrop's custom laser engraving service. Both sides have a vent hole respectively right in the bottom of the backplate.

One of the deal breakers of the Blessing 2 is its fit. It has a wide nozzle, this along with a big shell and a swallow inserts can cause some discomfort to some ears which I have seen several cases. Consider the Blessing 2 fit as one of the problems you might face especially if you have small ears.

Other than that, the Blessing 2 packaging is not really out of ordinary. The cable follows similar style as the Moondrop Starfield one, albeit the color is now copper instead of blue. The Blessing 2 also has a gray leather case. As far as I know, this is the biggest case that Moondrop is providing at the moment and gave me some trouble with putting it in my pocket. Hence, I recommend people to buy a smaller case for optimal portability.

Measurements are done on a calibrated IEC-711 clone. Expect a resonance peak at 8kHz.

My measurements are also raw and uncompensated, hence flat in graph is not flat in real life.

The Moondrop Blessing 2 follows Moondrop's traditional "VDSF Target response" which is their interpretation of Diffuse Field.

Among chifi IEM brands that I know, Moondrop seems to be one of the few who publicly claim to have derived their house sound based on scientific research while doing multiple subjective experiments. Their target, in my opinion, is the most appealing to the "weeb audience" (including me) where frequencies after 3kHz (for me) matters the most. Personally, I found Moondrop house sound managed to address some of the problems that I have with the Harman target curve, mainly in the upper-mid - treble region where I found it being too energetic and shouty for my personal taste.

That's pretty much what I feel about the Moondrop Blessing 2 tonality in general. It works well with J-pop or female vocal-centric songs due to its smooth presentation which gives these songs enough energy while remain inoffensive, free of sibilance for my ears. Not only that, it is also one of the few IEM that I found to have above average soundstage. It has a lot of depth and width which gives you an "over the ear" effect that I ended up using the Blessing 2 mainly for Orchestral, Instrumental.

The Moondrop Blessing 2's bass if anything, is one of its main drawback. While it does have a bit of rumble, the lack of bass impact doesn't really fair well with some electronic tracks that I ended up finding another earphone to listen to. Hence, I won't recommend this IEM for bass head. Blessing 2 note weight is also a factor to consider as it is thin and can affect male vocals' performance.

As suggested by the name, the Moondrop Blessing 2 is the successor of the Blessing 1, where Moondrop aims to fix some of the problem that people have with its senior. And they seem to have nailed this goal.

Not only that, Blessing 2 also have better soundstage and imaging. While both have similar width, the Blessing 2 has more depth than the first version in my opinion.

Based on raw performance, Blessing 2 would be what I take over Starfield everyday. While both share the same tuning philosophy, the Starfield lack details comparing to the Blessing 2. In addition, Starfield's imaging and soundstage is average at best.

Again, the Blessing 2 seem to be another successful attempt of Moondrop by them just staying on the track that they have laid down since the age of KXXS. Despite the fact that some people can find it is "lack of originality", it is alright in my opinion.

I think even in Vietnam, DUNU is still one of the common name to be referred among the IEM enthusiasts. This seems to be reasonable due to their history of 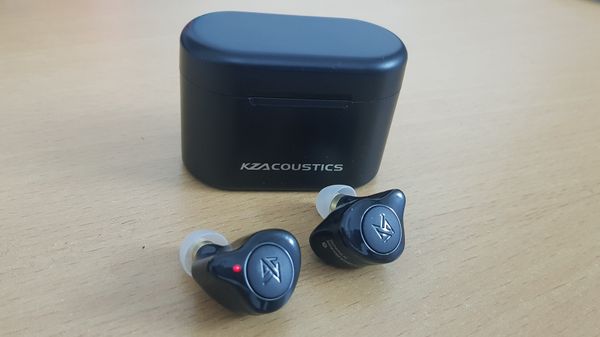 For a lot of people that have been following the "budget IEM" market, Knowledge Zenith should be a familiar name. While I don't really pay much attention to them nowadays,