64 Audio is probably one of the brands that I don't need to give much introduction due to their popularity. Even in Vietnam, some of their works are still being one of the "dream sake" of the poor wallet users in the Vietnamese community.

Anyway, the 64 Audio Nio is the newest child from the brand themselves which is a hybrid IEM consists of a dynamic driver + 8 balanced armatures. Giving this hybrid setup, one can say it is the universal version of the N8 to which I cannot comment much since I haven't listened to it.

Pretty much giving the situation right now the Nio I got to try today is probably the only one available in Vietnam, let's see if my week trying to schedule a meet-up is worth it.

The 64 Audio Nio was provided by a member from the Vietnamese Audiophile Community. Greatly appreciated your time going to SLAudio today for me to demo this IEM.

Giving my experiences with 64 Audio, you can imagine that I had some expectations toward this IEM since the day it released. And honestly, while I don't think the Nio fit my preference, I found myself enjoying this IEM a lot throughout my listening time.

The Nio comes with 3 different modules (which I requested my friend to bring all of them today), to which on paper only shows the difference on the bass shelf.

To rank my enjoyment between these modules personally, I would go with the M15 = MX being the most enjoyable to the M20 being the least. In any case, I think the bass of the Nio is something I consider to be nearly perfect. Bass texture was good and on the M15/20 module, you got a satisfying, well-defined bass rumble in exchange for some clarity that the MX module can give you. My only complaint is that even with the M15 module, I consider the bass can be a little bit overwhelming - but this was a tiny problem, the bass quality was so good though.

The midrange is where my overall opinion of the Nio was a toss-up between the MX and the M15 module. If the M15 module has a satisfying bass response which is nearly perfect for my preference, then the MX module has the lower midrange boost to which I can say: Was also nearly on point! I probably just need a little less boost for it to be perfect but then again, it's me being nitpicky. The upper midrange boost on the Nio is somewhat ok, there is some sense of dryness but not too bad overall.

Finally, Treble is also extended well, giving enough sparkles and is probably one of the few IEM that is "just right" for me in this region. I don't really have a lot to write here because that's how it is.

With all of that said about the tonality, the only thing left is the intangibles. Personally, the imaging on the Nio was on point, notes are cleanly represented and positional cues left me no complaints. Soundstage isn't bad either but I was slightly disappointed since the Nio lacks some depth for me to call it "perfect", it is still adequate for its price though so I will give it a pass.

Amist the current epidemic, getting new IEM to listen to has been quite a challenge for me lately so it was quite nice to listen to the Nio today. 64 Audio did a good job with the Nio this time around although to say the Nio would fit in my recommendation is another story. With 1.700$ and my impression today, yeah, probably, I can see one would find themselves hovering with the Nio if he decided to go for the top end route but... let's leave that judgement for another day

Like usual, tune in the blog's Discord server if you want some occasional banters, I just finished my Graduation exam this week so reviewing schedule should be back to normal soon. 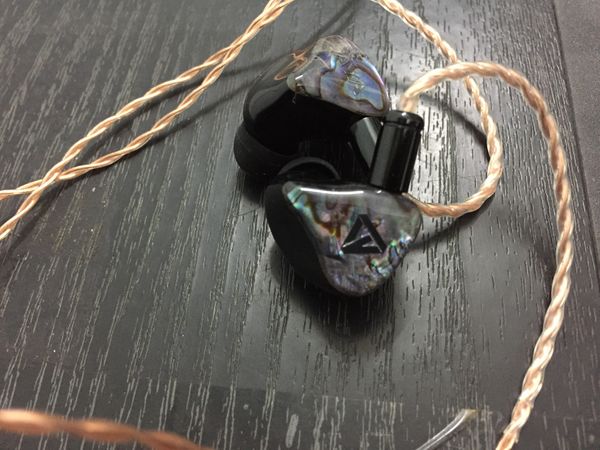 First Impression of the AYA Siren