When it comes to Vietnamese brands, there are a few that comes into my mind: Itsfit, AYA, Notes Audio... Among these, some of them have managed to step into the global market and have a decent fanbase. Soranik of course, is also not an exception.

My earliest interaction with Soranik was the Soranik SP3. Long story short, while its sound was not what I am looking for and definitely need some improvement especially in the highs, it was enjoyable to listen to and I would recommend people to at least try. Recently, they have announced the newest child in their line up: the Soranik ION-4 and interestingly, the driver technology they used (Magnetostatic?) might be similar to what the Shuoer Tape has. Let's see how it performs

Different from my review, Impression posts are either my initial reactions to an IEM or simply that I am not confident to release a review with it but wanted to talk about it anyway. Still, bear in mind that my usual disclaimer still applies.

The Soranik ION-4 was provided by Xuan Vu Audio

Overall, the sound signature of the Soranik ION-4 to me can be seen as warm, which can be regarded as dark depending on your ears/songs. The bass was somewhat subbass focus which provides rumble and was also able to dig deep enough when needed. The mids is probably one of the focus of the earphone's tuning and was somewhat balanced in my opinion, focusing on either genders and showing no sign of shoutiness. The ION-4's sound is somewhat clean and has decent technicalities to back it up too.

That being said, the biggest deal-breaker here is the treble: Cymbals and hi-hats don't seem to sparkle much and I could see more rooms for improvement in this area. Note also lacks strength, probably the usual BA timbre issues. Finally, the tonality is pretty colored and reminds me of the Shouer Tape. Whether this was due to my initial knowledge of the ION-4 and Tape's driver configuration might have to wait until I can A/B them.

Here is the graph as usual. Bear in mind that the coupler I used is an IEC-711 clone and different from the ones that reviewers like Antdroid and Crinacle use. 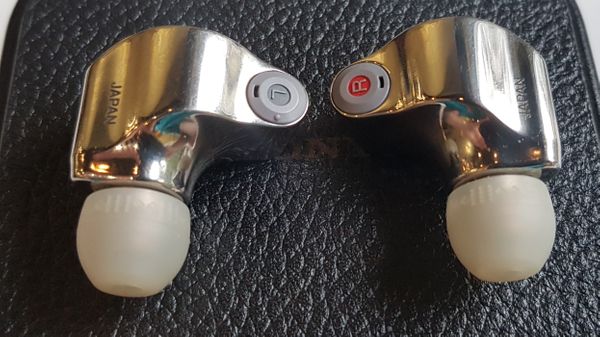 Initial impression of the Sony IER-Z1R. One of the most expensive IEM line up of Sony to date